Here is my story as a noobie cannabis user/enjoyer at the ripe ole age of 28.

To start, I must first mention that my mother is a HUGE stoner. When I was little she smoked cigarettes and she smoked weed. I had no idea of the distinction, but my sensitive nose picked up on it every time and so to this day the scent and the act of smoking anything has negative associations.

As a result, I never had a real desire to try weed despite all my friends in high school being big stoners as well. These people have always been my main tribe of people but I simply never felt the need. Drinking was enough for me. But these relationships let me see cannabis as a way to blow off steam and was nothing to judge.

When I separated from my husband, I moved out to live on my own for the first time of my life. We married young so I didn’t know anything else. This of course was super anxiety-inducing, so I thought to myself: instead of running to a doctor to get a prescription for xanax perhaps I should get comfortable with weed and see how that helps my anxiety. It had worked well for people around me my whole life. Maybe it was my turn.

I tried weed for the first time this past march of 2016. It’s been less than a year and what I’ve learned is that there is a real community of people that bond over weed, but more than that it’s a certain “type” of person. I’ve met new and interesting people that I wouldn’t have spoken to otherwise.  I’ve found that these people are very warm and welcoming and so non-judgmental. Even when I look like an idiot trying to figure out how to smoke something.

It took me a little while to get used to the act of smoking something. It isn’t very intuitive and I felt really stupid doing it in front of other people. Eventually I got the hang of my first pink little bowl I purchased and thoroughly enjoy it now. Not only is it great when I’m having anxiety but its just enjoyable at the end of a long work day.

One of the people I met along the way was a woman that I worked with who introduced me to Kizzle Kit, these tools for smokers and my first thought was “Eh, I don’t need that stuff. I have one tiny bowl and don’t smoke all that often.” 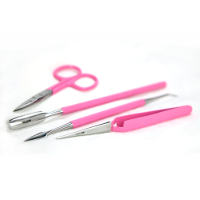 After a few months with my Kizzle Kit, I don’t think I can go back to using a shitty bent paper clip. My Kizzle Kit is pink, which sounds silly, but it fits my personality and matches my grinder and bowl. To me this makes the whole thing just feel less sketchy and dirty.

Not only that but Jammie, the shovel tool, is great for me to scoop out ash off the top of a bowl and checking if there’s anything good left behind. As a noob, sometimes it’s hard for me to tell if its time to pack a new bowl or not.

I also find myself using the Pokie tool often. When I do pack a new bowl it’s great for clearing out anything stuck in the hole and then scraping down the bowl itself. I don’t know if this is what other people do, but the less sticky resin in my bowl the better for me. I just don’t like it to look dirty and gross if that makes sense. I do put my face up to it, after all.

I haven’t used the roach clip nor the scissors much simply because I don’t “dab” or smoke joints. But they’re super high quality and the scissors are super sharp. I’ve used them once or twice to test them out and clip a piece of a nug off to grind up. 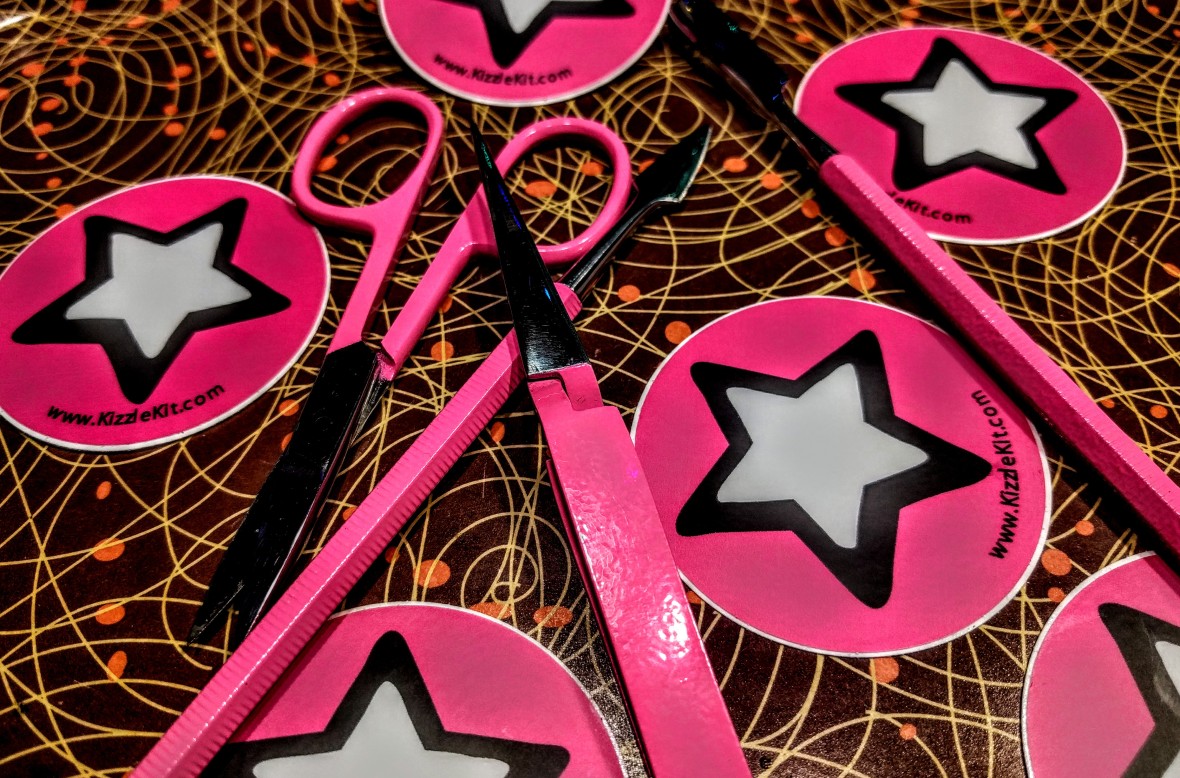 Snippie, Pokie, Weezie and Jammie helping out a noob.

I’m treating my anxiety one day at a time with cannabis and it helps. I am able to roll out of bed, work a full day and feel good about my interactions at the end of the day. Cannabis helps me shed the edge, self-doubt and insecurity and Kizzle Kit makes it feel like a normal way to cope.

Thank you for visiting!

The Kizzle Club is for mature audiences (21 years old and above).